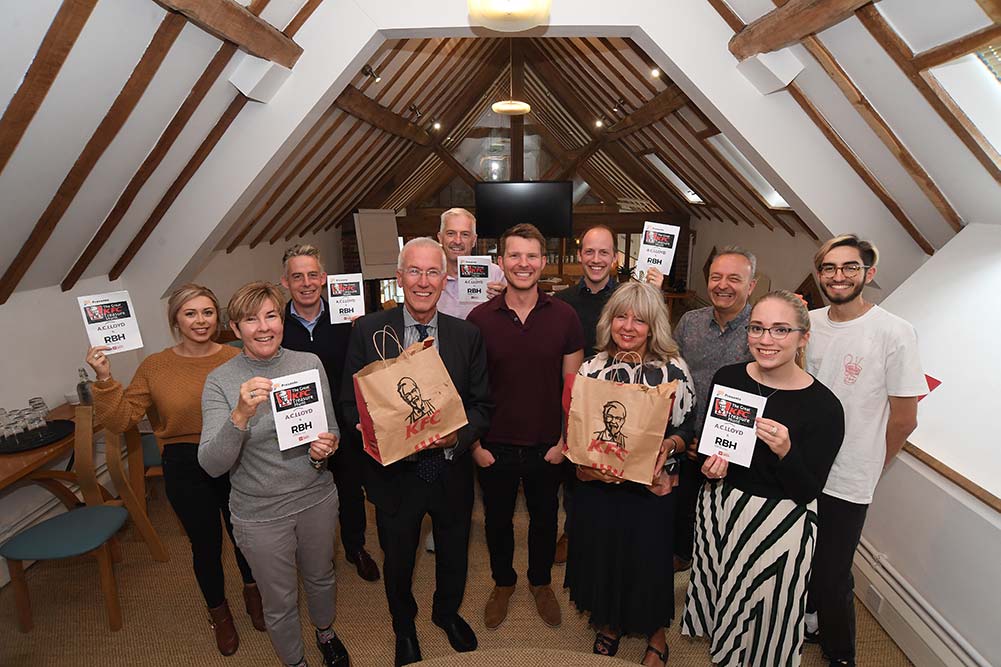 Two Warwickshire businesses will be hoping to avoid running around like headless chickens as they compete in a region-wide fried chicken restaurant trail.

AC Lloyd and RBH Creative Communications will be going head-to-head in The Great KFC Treasure Hunt on Tuesday, September 24.

The companies will be raising money for Leamington-based charity Young People First, as the two teams seek to visit as many of the 70 KFC restaurants across the West Midlands as they can in seven hours using only public transport to get around.

The teams of four will start from KFC at Martineau Place in Birmingham city centre at 11am and must arrive back at the same restaurant by 6pm.

The KFC Foundation launched in 2018 and selected Young People First as its West Midlands charity and since then the foundation has raised £28,000 for the charity.

David Skoppek, chief officer of Young People First, said: “We have received incredible support from KFC staff across the region and we thought this would be a great way to get out there and say thank you.

“We would like to thank AC Lloyd and RBH for getting on board and supporting this, for what is definitely going to be a big challenge.

“The teams will be provided with travel cards and have to do their travelling by public transport or on foot.

“They won’t have to eat in every store! But it will take a lot of planning and teamwork, and I can already tell there is a great competitive spirit between the two teams.”

Property developer AC Lloyd, based at Tachbrook Park in Warwick, has been supporting Young People First for over 20 years attending their golf days, charity walks and last Christmas their Santa Dash.

Alistair Clark, managing director of AC Lloyd Homes, said: “We have a great relationship with Young People First and when they came to us with this challenge, we were more than happy to get involved.

“The challenge will be supporting a charity that does fantastic work in the local community and we’ll be doing all we can to raise as much money as possible.

“We have been planning our route and are confident we can come out on top!”

“We hope that the challenge will continue to raise the profile of the brilliant work the charity does in supporting vulnerable young people.”

To donate go to www.localgiving.org/fundraising/aclloydkfctreasurehunt/