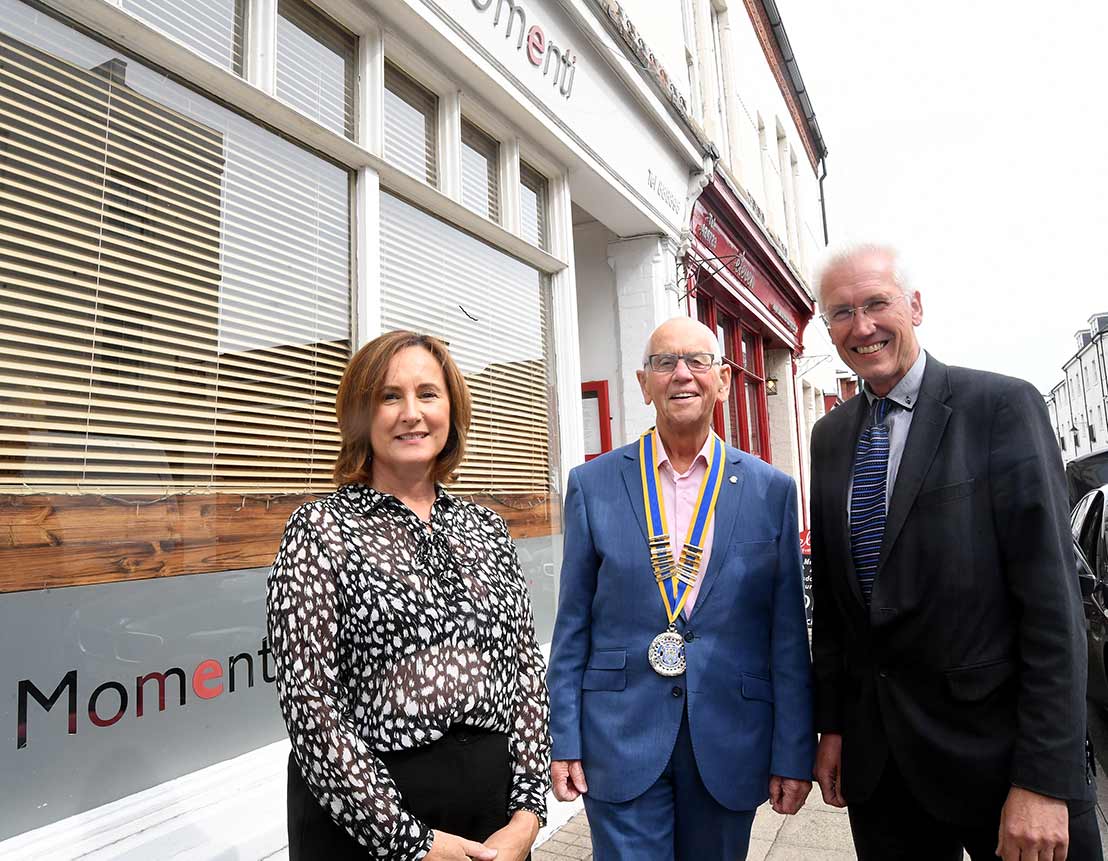 AC Lloyd is sponsoring a major fundraiser that is set to raise thousands of pounds for Parkinson’s UK and other worthy causes across Leamington.

The firm is supporting A Taste of Leamington, organised by the Rotary Club of Royal Leamington Spa, and takes place on Tuesday October 15th.

In 2016 the Rotary Club of Royal Leamington Spa worked with the organiser of the annual ‘Moveable Feast’ event in Ludlow to create a similar event in Leamington. Since then the event has been going from strength-to-strength and is now a regular event in the town’s calendar.

The evening starts with a drinks reception at Leamington Town Hall before diners begin their tour of some of the town’s leading independent restaurants, enjoying different courses in three of them.

Rotary are once again partnering with Parkinson’s UK to host an evening of fine dining with a difference.

Alistair Clark, managing director at AC Lloyd Homes, said: “Supporting the Royal Leamington Spa Rotary Club is an ideal way of us giving something back to the community that we operate in.

“A Taste Of Leamington dining event is a fantastic initiative that has really captured the imagination of the town and has gone from strength-to-strength, and we’re proud to be sponsoring an event that will ultimately benefit worthy causes across Leamington and further afield.”

This year’s participating restaurants include Oscar’s, Valles at 44, Momenti, Eleven, The Drawing Board, The Emperors, Sabai Sabai and Paprika Club.

Organiser, Rotarian Linda John, added: “Last year we raised over £2700. We had 132 diners join us for the evening, many of whom are returners to the event, but the majority were first timers.

“As always the feedback has been amazingly positive, and a large part of that is down to our restaurants who all pull it out of the bag on the night and create a fantastic dining experience.”

All monies raised will be shared between Parkinson’s UK and local Leamington based charities that Rotary supports.

Colin Robertson, Royal Leamington Spa Rotary Club President, commented: “We are thrilled to be announcing the fourth A Taste Of Leamington dining event on October 15.

“We would like to extend our thanks to the excellent independent restaurants in Leamington who are taking part and to our sponsors AC Lloyd, and Moore & Tibbits Solicitors, whose generous support has made this very worthwhile event possible.”

Tickets are priced at £38 and can be purchased by searching Eventbrite A Taste of Leamington 2019. For further information contact atasteofleamington@gmail.com.