A Warwick-based property development company is supporting a project aimed at boosting wildlife levels in Warwickshire.

AC Lloyd, which is headquartered at Tachbrook Park, has secured several biodiversity offsetting units from the Alscot Estate in Stratford-upon-Avon.

The agreement is part of a landmark deal – called the Alscot Biodiversity Project – which is one of the first ventures of its kind in the UK and has seen the Alscot Estate obtain a licence from Warwickshire County Council to offer biodiversity offsetting units to developers.

A biodiversity offsetting unit measures the proportion of land in any given location that will see improvements made to its green space, and is part of efforts to make sure the wider environment’s biodiversity levels are unaffected by construction developments elsewhere.

Biodiversity is the web of life, and refers to the amazing variety of plant and animal life on earth, including the diversity of ecosystems (a community or habitat of living organisms), genes and species, and ecological practices that support them.

AC Lloyd’s green commitment is in response to the firm’s 50-home Mallory Gardens development getting underway at Bishop’s Tachbrook, and it ensures that land remains protected in line with Warwickshire’s biodiversity net gain program.

Alistair Clark, Managing Director of AC Lloyd Homes, said: “It is important that much needed housing developments cater for the loss of biodiversity; some of the deficiency has been mitigated on site, however, the shortfall will take place by way of improvements to natural grass land at Alscot.

“Protecting the environment forms a core part of every development that we build so we are delighted to be able to play our part in helping to enhance biodiversity in the countryside.”

John Gregory, Head of Planning at leading Midlands law firm Wright Hassall, represented AC Lloyd on the transaction, and said the agreement is a new way of approaching biodiversity offsetting.

He added: “Traditionally, biodiversity offsetting has been done through offsetting schemes set up by developers or financial payments made directly to the council, however, developers do also have the ability to directly approach third parties whose land would benefit, as we have seen with AC Lloyd.

“As securing biodiversity net gain in relation to developments becomes ever more important with the government looking to set nature targets, it was refreshing to be involved in a relatively new way of dealing with biodiversity offsetting.” 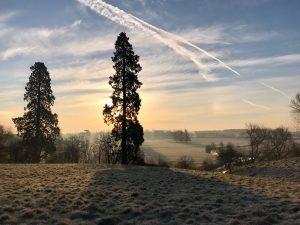 A spokesperson for the Alscot Estate commented: “It is our mission to work to secure a future for plant and animal species by the improvement of natural grasslands; encouraging rare and almost extinct species to thrive, and by planting trees and hedgerows.

“There is a growing concern about the loss of biodiversity and ecosystem services in many areas of the world, and the associated impacts it has on human health and economic development. Without intervention, the health and wellbeing of our future generations is at threat. It is a shared responsibility and we can do this by protecting the land, water, and climate that species need to survive.

“Currently, Alscot is committed to providing land to biodiversity offsetting, to conserve and create the growth of wildlife habitats. We have been working hard, for the last two years, with leading ecologists and organisations, carrying out land surveys and devising a long-term management plan, to formulate and deliver an accountable scheme.

“Through investment, our objective is to increase the biodiversity value of the land, working through a process to restore existing meadows to neutral grasslands, assisted by the types and quantity of flora that is planted.”

Jonathan Thompson is advising the Alscot Estate on the Biodiversity Project and is responsible for selling the credits to the development industry.

He added: “This is very much a landmark moment for the Alscot Project, which is making a key contribution to improving the biodiversity within Warwickshire.

“It will not only improve the ecological and wildlife species balance within The Alscot Estate, it will also facilitate residential development across the County.”