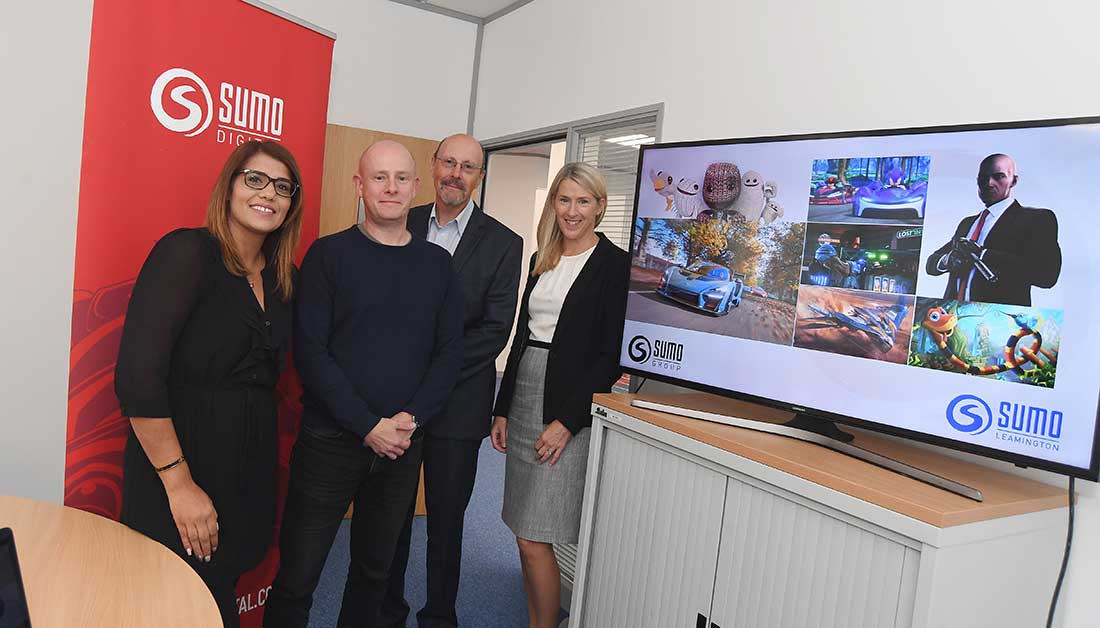 One of the UK’s leading and award-winning independent video game developers has re-located one of its studios to bigger premises in Leamington Spa.

Sumo Digital, which also has studios in Sheffield, Nottingham, Brighton, Newcastle, Leeds, Warrington and Pune, India, has moved from its initial office space in Leamington to Bishops House in Homer Close at Tachbrook Park which is owned by AC Lloyd.

The 4,102 sq. ft premises are the expanding company’s first studio dedicated to mobile games development, an extension to the wide range of creative and technical services that Sumo Digital offers its high-profile, global publisher and development partners.

Chris said: “This move offers a great studio space for our teams. We’re very excited about our upcoming projects for mobile devices and to cementing our position within the fantastic Leamington Spa game development cluster.”

Tony Hargreave, Property Asset Manager at AC Lloyd, said Leamington Spa has a national and international reputation for being the home of world-leading games companies within a small radius.

“Sumo Digital has a clear focus on the direction of their business and their move to Tachbrook Park has met all their needs for their new studio,” he said.

“We handed the keys over on a Monday morning and they were able to start work straight away so there was no disruption for their staff.

“It is a really busy site with a mix of businesses and on Tachbrook Park, we have potentially other space available in our portfolio as well as commercial land we can build on should other businesses wish to further expand or move here.”