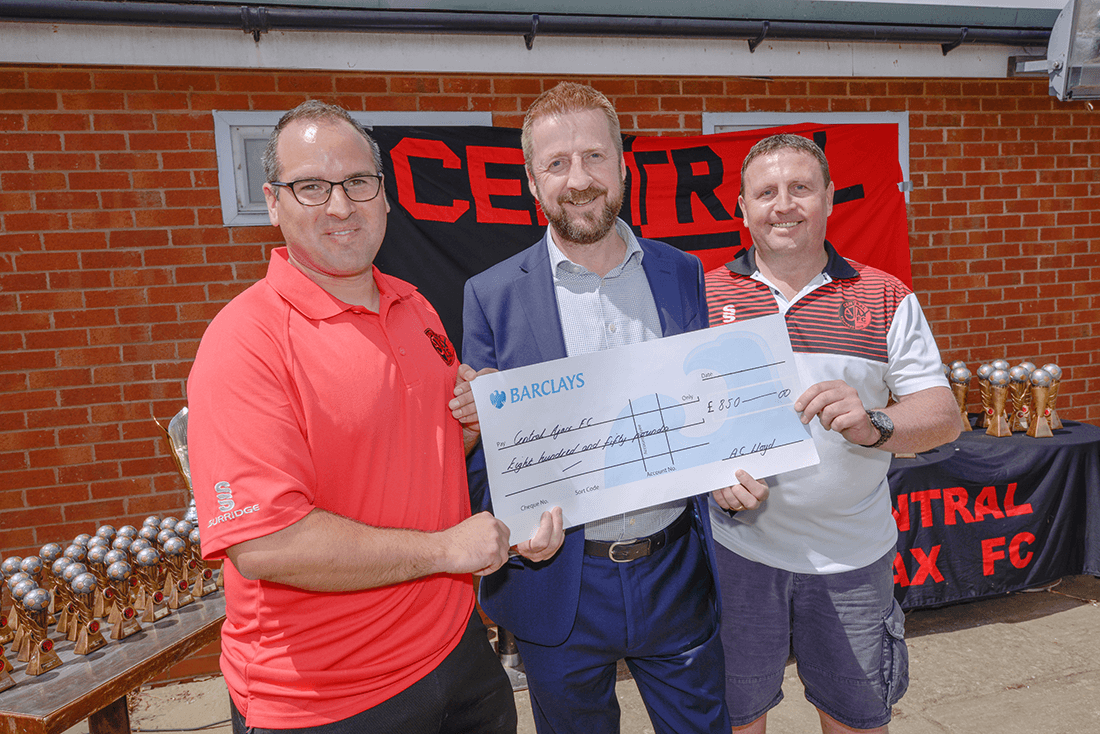 A Warwick football club has praised the support of its sponsors and volunteers after hundreds flocked to its annual celebration.

Over 400 junior footballers and their families gathered at Central Ajax FC’s Annual Awards Event, which was sponsored by Warwick-based AC Lloyd, with players of all ages picking up trophies following another successful season.

Club veteran Mick Flowers was awarded the role of honorary president after 30 years of continued voluntary service at Central Ajax, while the girls team was crowned Junior Team of the Year in a jam-packed day of celebrations at their Hampton Road home ground.

Neil Adams, Interim Chairman of Central Ajax Football Club, said: “It was fantastic to have the chance to show our gratitude to Mick for all of the time and effort he has put into the club over the years.

“He has seen a lot of changes at the club and remains vital to its growth and success. We can’t thank him enough.

“It’s been the perfect way to bring the whole club together. Most of the players have never had the chance to interact with each other but this year we decided to host one big outdoor presentation to give it a family feel and to make a day of it.”

The end-of-season awards also marked 12 months of a successful partnership with property development and investment company AC Lloyd, who sponsored the day’s events, and handed over a cheque worth £850 to support the club’s operations into next season.

Neil added: “The money raised at our awards event will help fund kit and equipment for next season and we could not be more grateful to everyone who came along.

“I’d like to thank AC Lloyd for their support over the last year and for sponsoring all of our annual events. We are looking forward to building our relationship over the coming years.”

Mark Edwards, Managing Director at AC Lloyd Commercial, is also the club’s Under-14’s Juniors Manager and was instrumental in establishing the partnership.

He said: “It’s always a special time of year when celebrating the achievements of all the players at the club, and to do so outdoors on club grounds for the first time in years was a great way to round off the season.

“Everyone who came along had an excellent time, and I am thrilled that AC Lloyd has been involved.”

AC Lloyd will also sponsor the club’s summer football tournament later this month, with over 80 teams set to come together at the club’s home on Hampton Road to compete across multiple age groups.