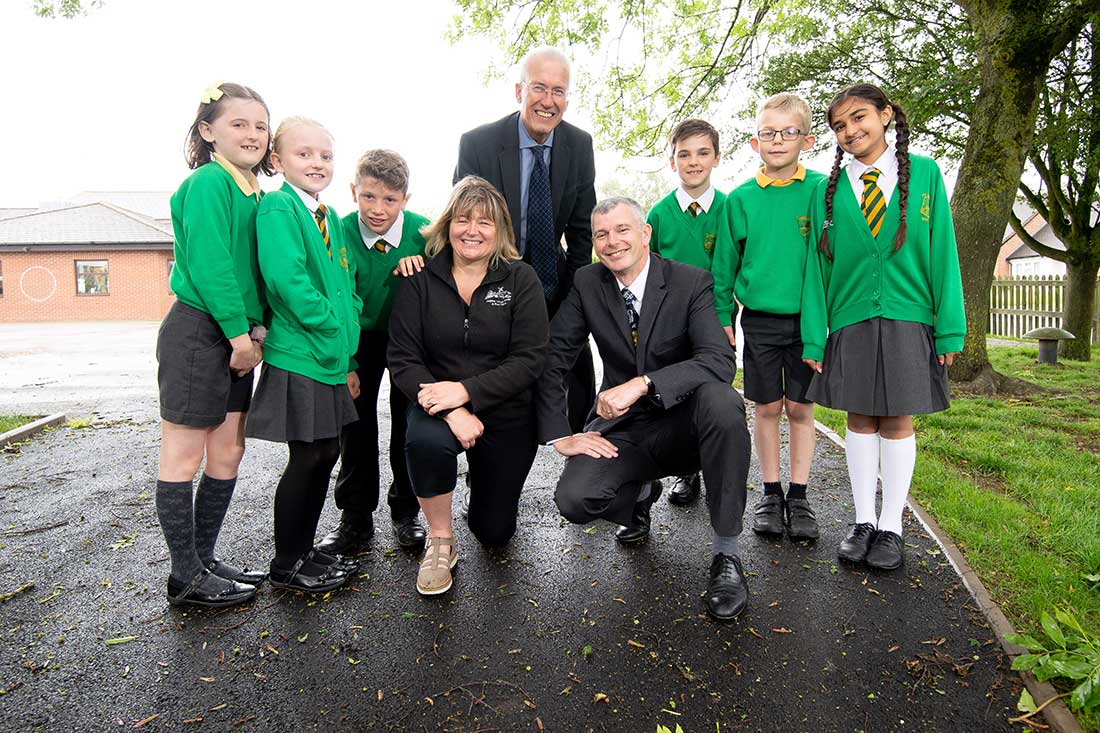 A school playground in Warwickshire has been transformed into an area to enjoy picnics and playtime after three organisations joined forces.

Head teacher John Brine met with Alistair Clark from AC Lloyd Homes who were starting a development nearby in the village.

They agreed to match-fund half of the total cost of £25,000 towards tarmacking the playground after the school’s Parent Teachers Association’s fundraising activities raised the other £12,500.

After seeking three tenders, the work was carried out by Napton firm B. Line Plant Hire and the result is an extended playground where children throughout the school and its nursery can enjoy picnics on Tuesday and Thursday lunchtimes (weather permitting) and playground activities whatever the season.

John, head teacher at St Lawrence CofE Primary School, said the work had made a major difference to the school’s 196 pupils.

He said: “This project has transformed our playground. Paths have been created underneath the trees which previously was a really muddy area and we have an extended area around the edge of the playground which is a great shady space to use when the sun is shining.

“In the summer time, we have picnics every Tuesday and Thursday and it has been wonderful to see the children dotted around the playground enjoying their sandwiches.

“It is a much more visible space and we now plan to carry out some work on the fencing this summer.

“We would like to thank everyone who was involving in the PTA’s fundraising, AC Lloyd and B. Line for their fantastic support.”

Alistair Clark, managing director at AC Lloyd Homes, said they were always keen to become involved in the communities of their developments.

He said: “We were keen to help St Lawrence since the school is at the heart of Napton and when we met the head teacher, he mentioned the playground needed a makeover because there was a lot of shrubbery which made it difficult to create a new play area.

“We suggested the area being tarmacked and the work has really made the area look much smarter and the children and teachers love it.

“Four of the school’s pupils have moved into our 28-home development which has already sold out and we hope that by helping to finance this project, it will prove to be of short and long-term benefit.”

Hannah Slade, vice-chair of the school’s PTA, said the funds had been raised thanks to the support of parents and villagers.

“Last year we held a ball to mark the school’s 21st anniversary which raised £6,000 and we collected the same amount from various other events including Summer Games to the village bonfire so it was a real community effort,” she said.

“Like every PTA we are here to provide the school with the ‘extras’ which their budgets don’t cover and B. Line provided very good value for money since they put in extra grass to finish it off.

“Everyone’s hard work has really paid off and the renovations which we and AC Lloyd funded will make a difference for future generations.”